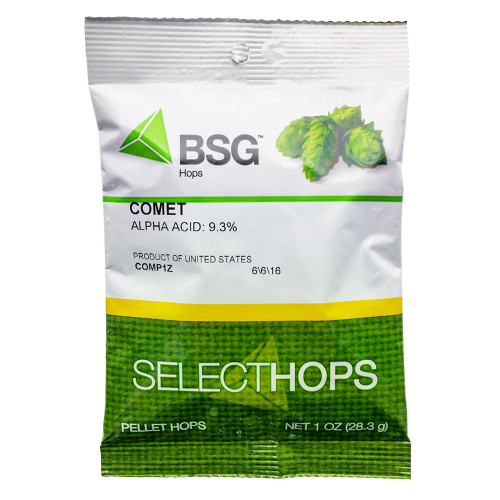 Comet is a cross of English hops with a wild American variety and was first released in 1974. Commercial production actually ceased in the 1980's as it was phased out in favor of new super-high alpha varieties, but it has enjoyed a comeback thanks to its unique profile. Intended as high-alpha bittering hop when first release, Comet has found a second life as an aroma variety in IPAs, wild ales, farmhouse beers, and other cutting-edge craft styles. Dominated by citrus zest and fragrant grassy character, with undertones of wild forest fruit and old-school earthy bitterness.
×