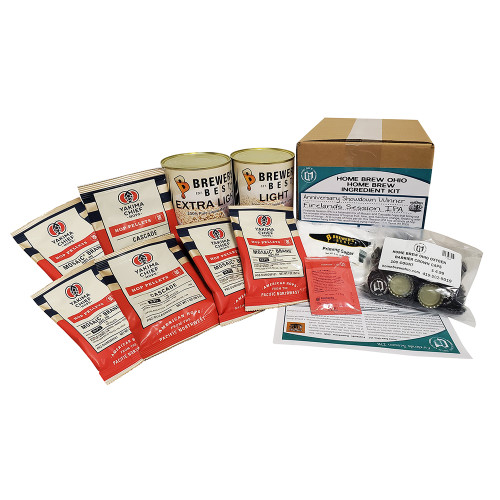 Firelands Anniversary Showdown Winner, Session IPA ingredient kit, is perfect for all brewers. It is a balanced mix of Mosaic and Cascade hops that brings out the aromatic characteristics of tropical fruit, lime and mandarin orange, finishing with a hint of mango. At 6 ounces of hops per kit, this Session IPA has all kinds of hop flavor without being bitter! This recipe kit was created after a brewing contest within the Firelands Home Brew Club. The winning batch was awarded the prestige of becoming an ingredient kit. Home Brew Ohio donates a portion of the price of the kit to help support Firelands Brew Club. What's more fun than brewing? The answer is clearly, brewing with friends!
×